CJEO’s COI policy generally follows those of the ICMJE Recommendations. Conflicts of interest (sometimes referred to as competing interests or dual loyalties) are common, some would say almost inevitable. Conflicts of interest are secondary interests (eg personal, commercial, political, academic or financial) that may influence judgement on a primary decision, in this case what is published. They have been described as those which, when revealed later, would make a reasonable reader feel misled or deceived. Financial interests may include employment, research funding, sponsorship, stock or share ownership, payment for lectures or travel, consultancies, company support for staff commissioning/ funding/sponsoring of any element of the paper, any financial or potential financial benefit, or PR firm involvement.

All authors are requested to complete a conflict of interest form prior to submission of their manuscript online. Conflict of interest is defined as those factors which influence authors, peer-reviewers and editors, including personal, commercial, political, academic or financial interest. Peer reviewers and editors must declare and avoid these conflicts or competing interests during the submission and assessment of manuscripts. For additional guidance please refer to ICMJE’s ‘Conduct, Reporting, Editing, and Publication of Scholarly work in Medical Journals’ and  COPE’s “Responsible research publication: international standards for authors”. CJEO requests authors to provide a financial funding statement and potential conflict of interest disclosure before submission of manuscript.

Management of conflicts of interest

CJEO takes the view that any potential conflicts of interest must be recognised and stated. If there is doubt about the existence of a conflict, it is preferable to err on the side of disclosure. Most conflicts of interest can be managed, as per the following procedures; however, there may be occasions when the conflict of interest is so extreme as to make publication impossible.

Authors are asked to consider conflicts of interest in both the instructions to authors and then to declare in writing on a form.

Editors will try to avoid inviting individuals to review who have potential COIs. Editors will also attempt to honor authors’ requests to exclude potential reviewers, provided that the reason for exclusion is a true COI and that rigorous and comprehensive review is possible if these individuals are excluded. At the time they are invited to review, individuals must disclose any COIs that could bias their opinions, and they must disqualify themselves from reviewing when appropriate. If a COI becomes apparent during the review process, the reviewer must contact the journal office and, when appropriate, ask to be recused. The following situations are considered conflicts and should be avoided:

It is not considered a Conflict of Interest if the reviewers have worked together with the authors in a collaborative project (e.g. EU) or if they have co-organized an event.

Articles by Editorial Board members will be treated as usual for that category of article and undergo the same peer review process. In this case another editor would be appointed to manage the peer review process. If no editor can be identified who does not have a conflict of interest then a guest editor may be invited to manage the manuscript. Any guest editor must have a good understanding of the journal.

Editors will not act as the decision maker in articles with which they feel they have a conflict of interest, such as working with the authors or performing competing research. If the editor has not worked with the author for more than six months, then they may be eligible to edit an article. Some conflicts will be insurmountable for editors, for example personal friendships, which will not have a time expiry. Knowledge of an author or being an acquaintance is not enough on its own to mean that the editor cannot manage the article. Editors should err on the side of not taking articles with which they may have a conflict of interest and discuss with the Editor-in-Chief any concerns about their own conflicts, so a decision can be made about the most suitable editor for the article.

Please refer to the guidelines  and COPE flowcharts for the processes that the journal follows in cases of alleged plagiarism in submitted or published articles. 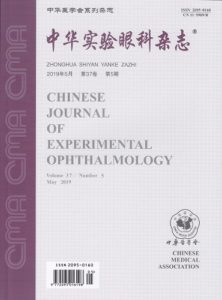